They tri-ed, they completed

Apleona athletes from the UK, Germany and the Nordics combined forces and met at Dorney Lake, Windsor – renowned for triathlon events and home to the London Olympics 2012 rowing and canoeing events, to take part in the JLL Property Triathlon. The purpose-built lake is perfect for the swim and the flat grounds lend themselves to a totally flat bike and run course.

The team captains Gordon Atkinson from Apleona Germany and Betty Bohane from Apleona UK, met with some of our team members the night before for a motivational team talk and the all important carb-loading, which took the form of an Indian meal, followed by a drink at Wetherspoons (!)

It was an early start for Betty, who was on site for 5.30am to set up our corporate tent. Betty says: ‘It was beautiful to be on site whilst all was calm and the sun was coming up. I had put months of work liaising with the UK Procurement team to source items specifically for this event – from Apleona branded volleyballs, deckchairs and giant Jenga, to two huge artificial plants kindly gifted to us by preferred supplier Nurture Landscapes’

Our athletes and support crew travelled from far and wide to enjoy the day. This is the 15th year the triathlon has taken part, with over 2500 competitors battling it out on the day! So far over £193,000 had been raised for charity Crisis UK from this event.

The sun shone for the most part, and after a final scrabble to register our teams, they got fully donned up in Apleona branded sports kit, tattoos, and for our fancy dress team – ‘Apleona Superheroes’ - a cape, superhero cuffs, masks, and our own Apleona superhero emblem, designed especially for this occasion!

It was time to go. Our only all male team kicked off with Gordon putting in an exceptional 13 minute swim before passing the baton to Andy Taylor for four laps of the bike course. He hardly broke a sweat before Nick Smith finished the race in style with a 5k run – only once on course did Nick realise this was a double out-and-back course which was mentally very tough.

They had set a high standard and the rest of our teams continued in this fashion. Our swimmers Helen Krimmling, Ben Woods (twice), Gordon again, Ollie Ryan and Gerald Waterfall did not once complain of the temperature of the water. However we heard all about the headwind from our cyclists -  Andy as mentioned, Ben and Gordon (again!), Mark Robison, Glen Freeman, Jose Jaramillo, and our only female cyclist of the day, Linda Müller – who put in an impressive time of just 43 mins for her 21k cycle.

Finally, an incredible effort from our runners, Nick (as mentioned), Emma Hjärne, Kelly McGoldrick, Betty (twice), Ollie Ryan and Jimmy Graham. The run route was a hot spot for supporters, with CEO James Thoden van Velzen an ex-runner, and Managing Director Jacqui Paice paying particular attention, and so there was no choice but to continue to the finish!

Jacqui says: ‘This event was such a wonderful opportunity to be ‘One Apleona’ - having our German, British, and Nordic colleagues working together and supporting each other. I was particularly impressed to see Gordon running alongside Betty to push her for the last stretch of her final run. I have big plans for next years event!

Adrian Francis - who thought he was turning up for a work jolly until the company camera was thrust into his hands – did a fantastic job of photographing the day – helped also by Martin Taylor, who has already promised to be part of the athlete squad next year!

The afternoon was spent in the sun, enjoying some well-deserved lunch, and playing games.

A huge thank you to all involved – especially the athletes, and the all-important support team. Gordon adds: ‘I love this event and I already look forward to next year! I especially like seeing how this event really motivates our colleagues to keep fit outside of work – which is so important for our health and wellbeing.’ 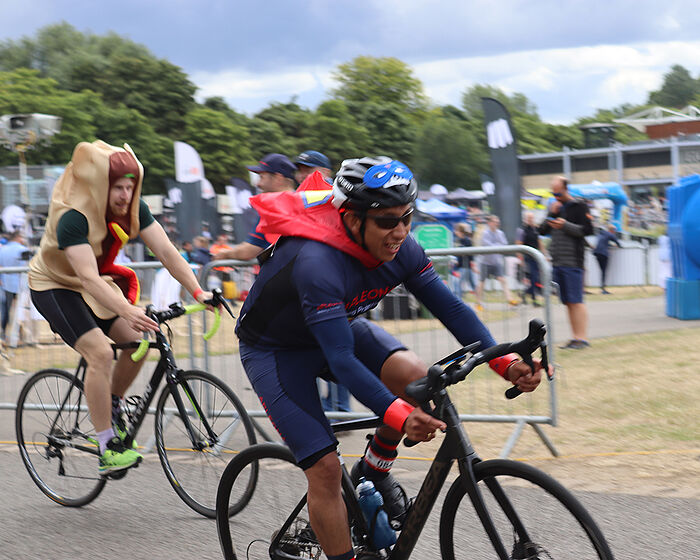 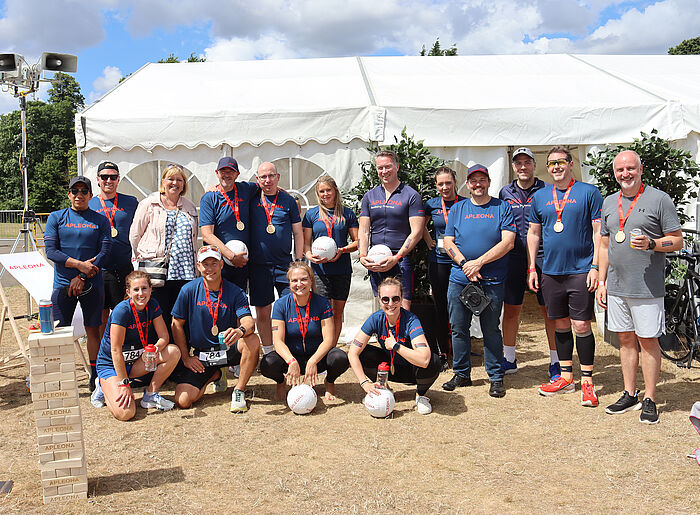 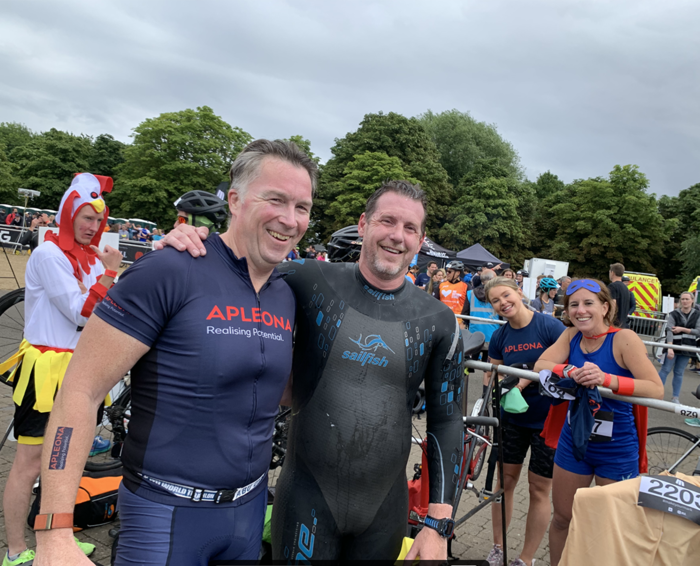 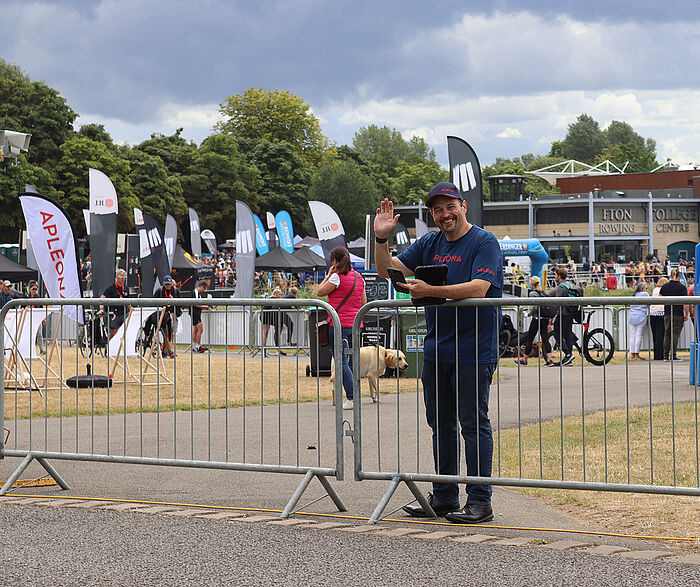 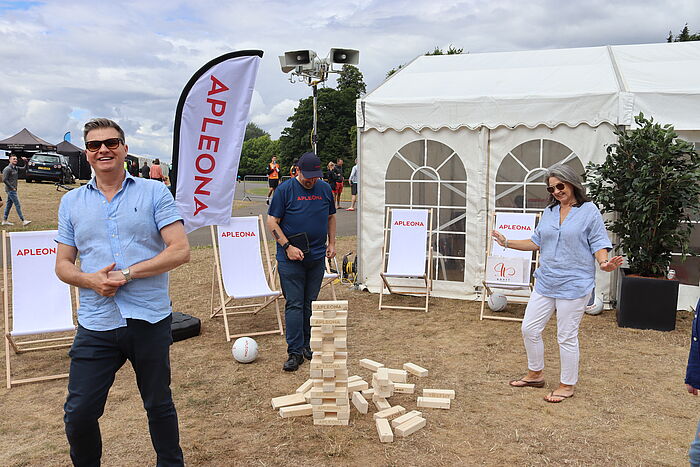 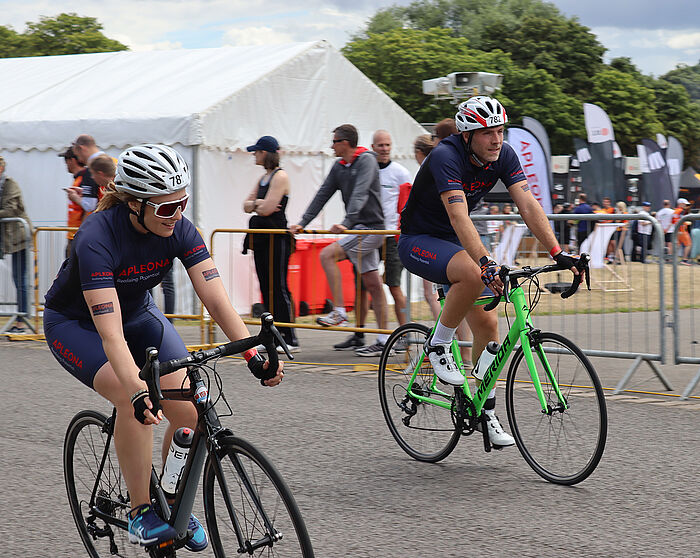 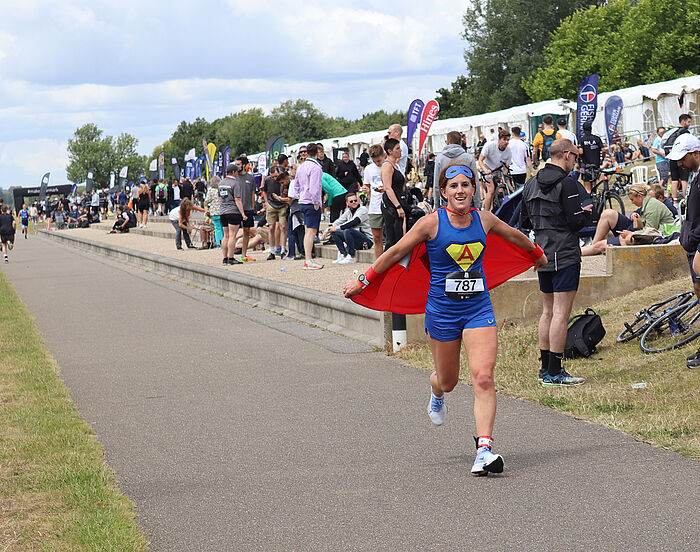 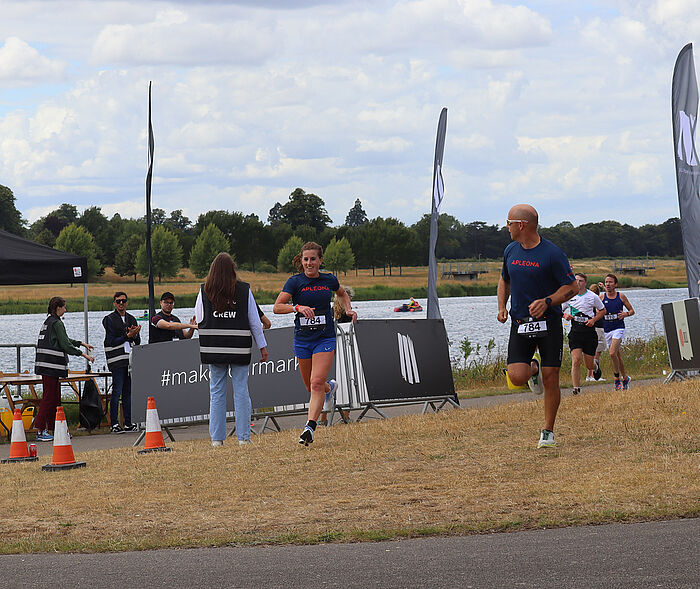